A cold Jan 22, 2016 there was some activity in St. Johns. The McKiel tugs WYATT M and LOIS M were drifting and moving waiting for the Croatian registered tanker CHAMPION ISTRA to depart. While I was there the tugs went back to the dock, and the departure was delayed due to weather.

The CCGS CYGNUS was built in 1982, and modernized in 1996 and later under went a vessel life extension in 2014, and was stationed in Dartmouth previously was transferred to Newfoundland later. the ship is a fisheries patrol vessel.

The fishing vessel BELLE CARNELL is also in port under 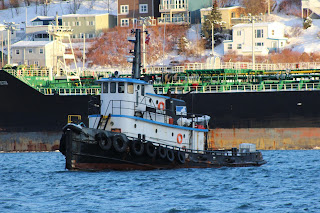 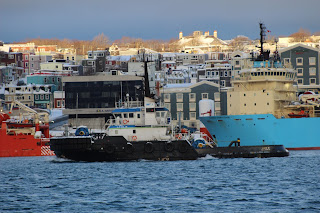 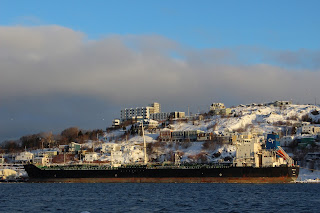 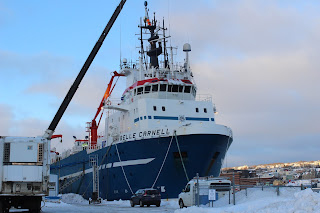 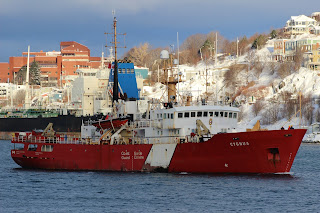 The little tug ATLANTIC FIR departed St. John's Jan 11, 2016 en route to Bull Arm. The ship is a reverse tractor tug rated at 5000 horsepower, and has a bollard pull of 68 tons. She was built in 2005 in Georgetown, she is 30 meters long and is owned by Atlantic towing. 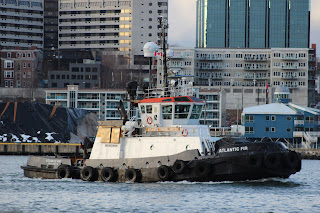 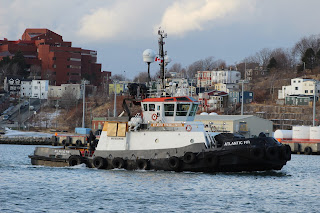 The dry-dock in St. John's was busy Jan 12, 2016 with the following ships on dock or waiting to go on dry-dock.
The CCGS ALFRED NEEDLER, MARINE EAGLE (formerly the CCGS HOOD), the tug PLACENTIA PRIDE which services the Whiffen Head terminal in Placentia Bay. The trawler KATSHESHUK II, not shown is the TERRY FOX in the graving dock, and APOLLO waiting to go in. 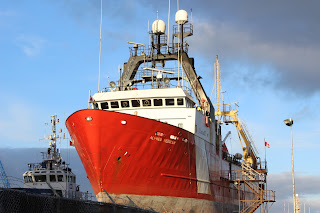 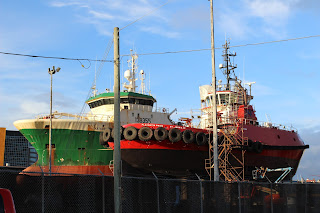 The Placentia Pride and Katsheshuk II 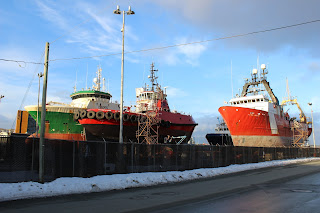 The clam vessel BELLE CARNELL arrived today and tied up for fuel. Formerly the supply vessel SIDDIS SKIPPER, she was transformed into a fishing vessel owned by Clearwater. The ship was built in Spain and 250 feet long. Sheis known as the most technologically advanced fishing vessel in Canada. 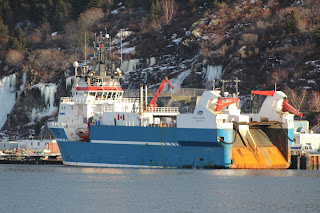 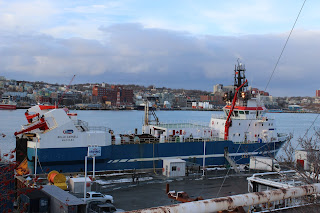 A bit of ship traffic in Long Pond today. The NANNY and MAERSK CUTTER were tied up. The NANNY is unloading from the anchored ALSTERSTERN which is anchored just off the coast. The MAERSK DETECTOR seem to be doing exercises in the bay, and the tanker CIELO DI MILANO is anchored in the bay waiting to enter Holyrood. 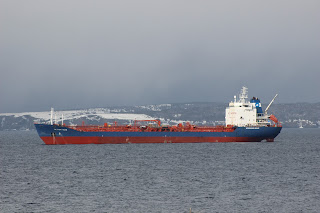 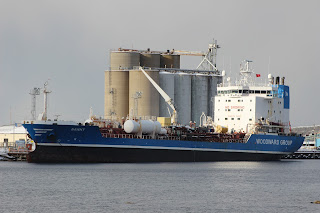 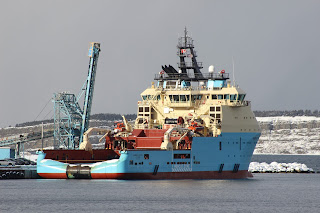 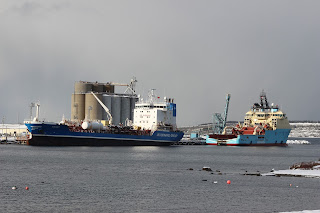 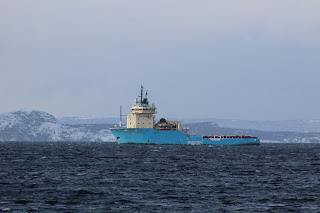 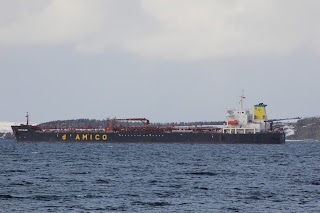 Inuksuk 1, and other Happenings

The trawler INUKSUK 1 arrived St. John's just before New Years. The MARINE EAGLE, which is owned by Puddister shipping is back in port after the ferry service its on finished for the season. The little ferry NORCON GALATEA is in port, it filled in for a short time while the new ferry VETERAN was out with thruster trouble. 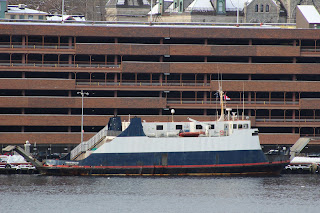 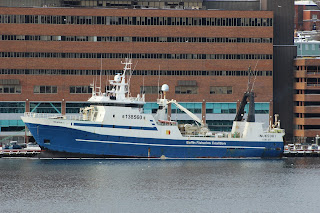 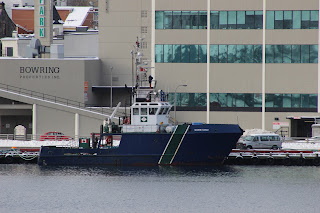 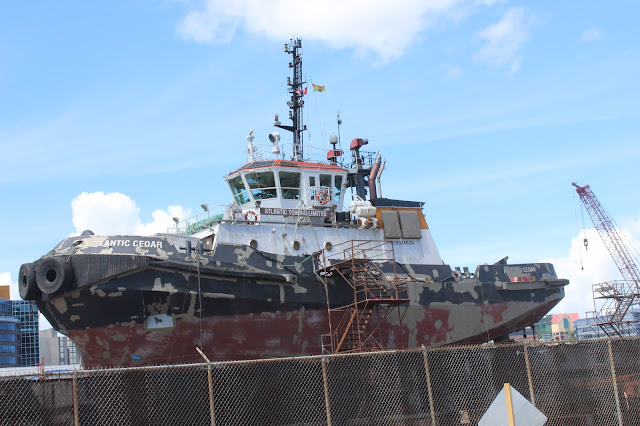